Google+
You are here: Home / Podcast / Day Of Decision 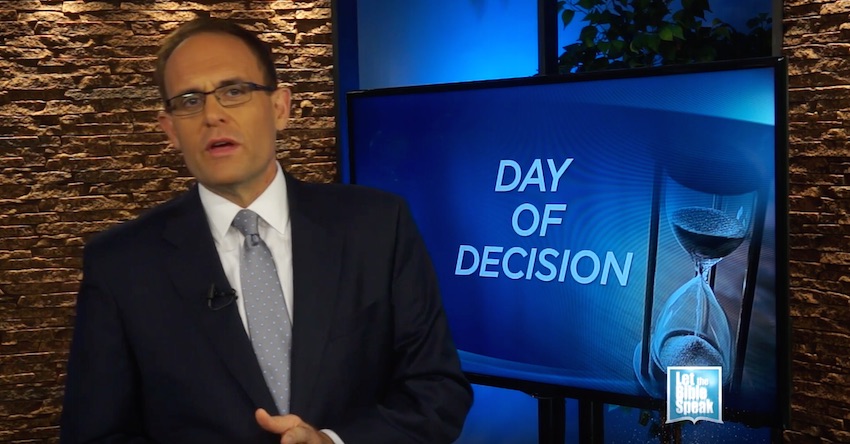 Have you made resolutions for the new year? Are you keeping them? The children of Israel had meandered through the wilderness for 40 years. Their flagging faith, compromised convictions, and retreating resolve had stalled them often just short of entering the Promised Land. Even Moses fell short and when all was done, only two of those who left Egypt entered Canaan. When we come to the book of Joshua, the nation had finally arrived. They would cross the rolling Jordan and begin conquering the land. Joshua, by then an old man, was about to die. He gathered the people at Shechem (where Abraham had been promised the land hundreds of years earlier) and he preached his “farewell address”. He challenged the nation to faithfulness and ultimately renewed the covenant between them and God. In those famous words in Joshua 24 he said “Choose ye this day whom ye will serve… as for me and my house we will serve the Lord.” Knowing their fickle hearts, Joshua gives an ultimatum. It was a day of decision! God would not tolerate their tendency to idolatry. Their hearts had to be given wholly to the God of Israel. That challenge echoes down the corridors of time and rings in our own ears today. In a age of apathy and compromise, it is a day of decision. In this broadcast of Let the Bible Speak, we learn about some similar things we are challenged to do and become to be the people of God.