Google+
You are here: Home / Podcast / Is A Millennial Kingdom Coming? 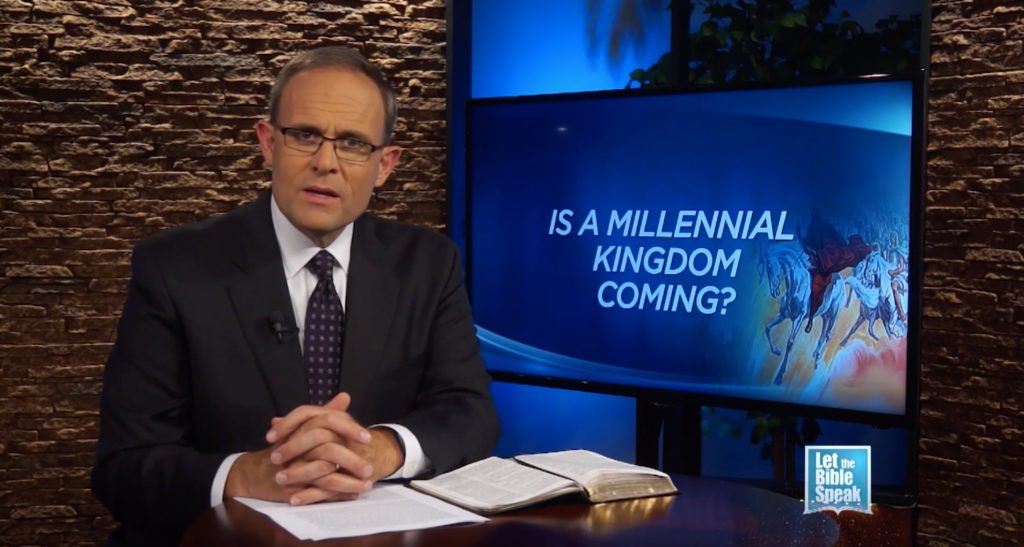 Jesus is coming again but is He coming to rule on earth for 1,000 years? The doctrine of Dispensational Premillennialism is one of the most widely and zealously spread doctrines in religion today. It predicts that Christians will be raptured to heaven before a dark tribulation befalls the earth. After seven years, it is claimed that the Battle of Armageddon will be fought in the Middle East and the victorious Jesus will come to Jerusalem, set up His kingdom and rule over the earth for a millennium. We are thus living in the church age and supposedly waiting for the kingdom age. But does this popular doctrine square with Christ’s teaching about His own kingdom? Today’s sermon at Let The Bible Speak continues our series on the kingdom. We hope you’ll take half an hour to watch, then share it with others.