Google+
You are here: Home / Podcast / Rebuilding Walls That God Tore Down 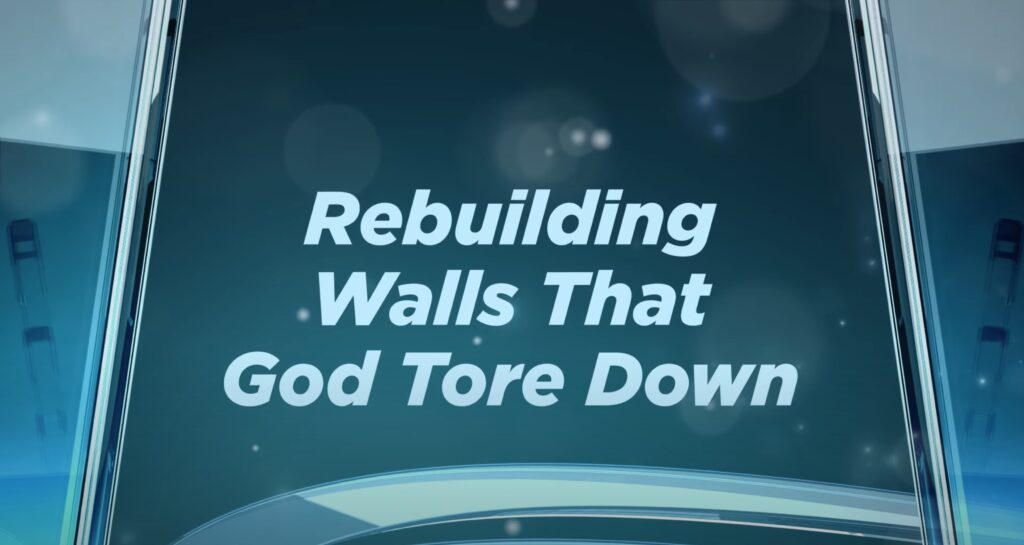 Walls were vital for the protection of ancient cities. When Jerusalem was overrun by the Babylonians, the task at hand upon Israel’s return was to rebuild the wall of the holy city. The New Jerusalem coming down from God out of heaven in Revelation 21 is described as having a wall “great and high”. The same context shows that certain ones could not enter the heavenly Jerusalem due to their sin. So, some walls are necessary and ordained of God in the church today. There is one wall, however, that God had torn down. Just as the ancient Jewish Temple had a wall that excluded Gentiles from the inner court, so the Old Law given through Moses served as a wall that excluded all nations except Israel. Paul shows in the Ephesian letter that Christ tore this wall down and took it of the way, leading to reconciliation and free access by all to the blessing of God through faith. How foolish it would be for men to seek to rebuild that wall. Yet, in effect, that is what some are doing. In this broadcast of Let the Bible Speak, we explore how men take up their trowels, stone, and mortar and attempt to rebuild the wall that God tore down at Calvary.