Google+
You are here: Home / Podcast / The Crown Of Thorns 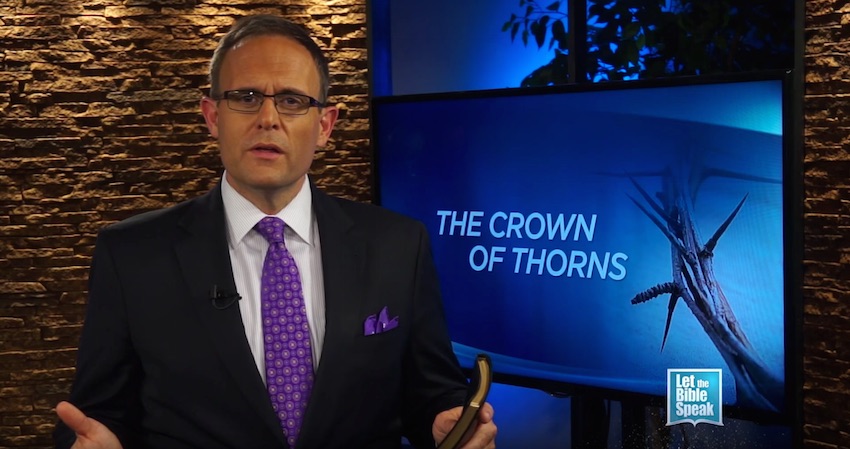 When Jesus was sentenced to death by crucifixion, Pilate had Him mercilessly scourged. The Roman soldiers then led Him into the Common Hall and where a spectacle of shame and mockery took place. They stripped Jesus and placed a scarlet robe on Him, placed a reed in His hand, spat on Him, and beat Him over the head with clubs. They hurled mocking insults at Him: “Hail, King of the Jews!” Every king must have a crown. A soldier impulsively snatched up a stem of sharp thorns and quickly twisted in into a crude crown and thrust in onto the tender forehead of the Savior. The King-to-be went to the cross having been crowned with thorns. This was not merely a mindless act of derision; it was a portrait of redemption. In this broadcast of Let the Bible Speak, we consider not only the misery and mockery but also the meaning of the crown of thorns.