Google+
You are here: Home / Podcast / The Day Of Small Things 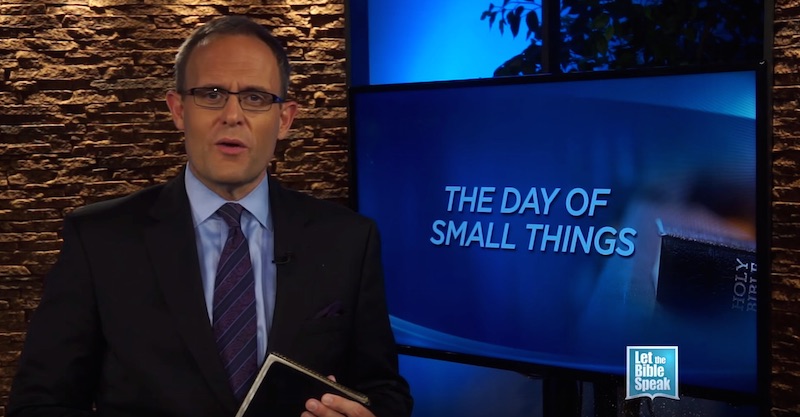 The greatness of God causes us to think of His service as consisting of spectacular things. When he resisted the commandment of the Lord’s prophet Elisha, Naaman was told that if he had been told to do some “great thing”, he would have done it. When the Jews returned from Babylonian captivity and set out to rebuild the temple, they were discouraged because it was nothing like the glorious temple of Solomon. The prophet Zechariah tells them to not despise the day of small things. In this broadcast of Let the Bible Speak, we explore the meaning of those words and see that we are also living in a day of small things, as many estimate the things of God.

Click on the links below for the audio only of today’s sermon.