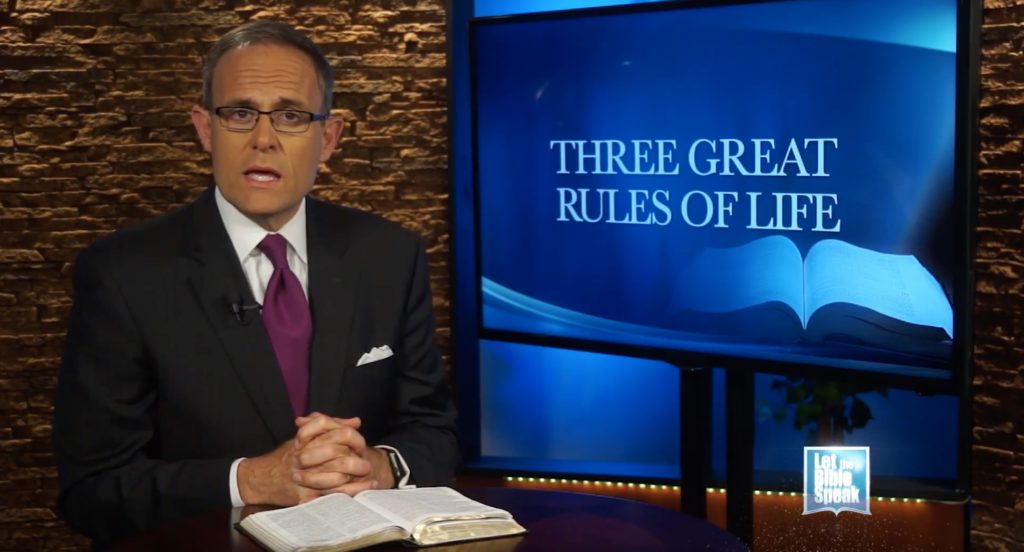 The Golden Rule is one of the most well-known maxims in all of religion or even world philosophies. Most religions claim some form of this rule but Jesus is the only person who ever stated it exactly as He did. Some attempt to reduce Christianity to only keeping The Golden Rule. While there is much more to following Christ, it is a sweeping truth that will transform every relationship we have with others. But there are at least two other related philosophies by which people are living their lives and these never attain the sublime height of living by the Golden Rule that Jesus gave. In this broadcast of Let the Bible Speak, we consider “Three Great Rules of Life.”