Google+
You are here: Home / Podcast / What Shall I Do With Jesus? 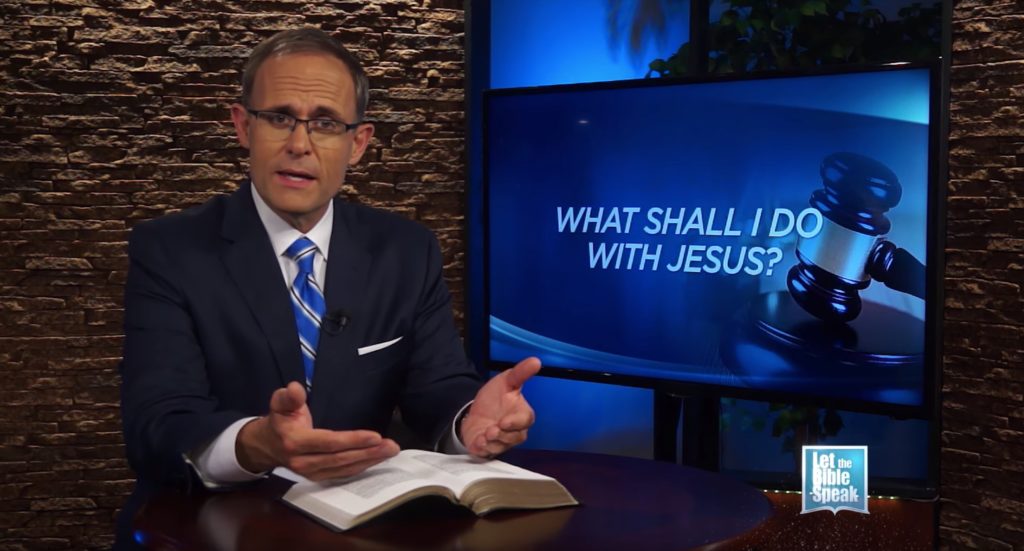 Jesus long ago stood in Pontius Pilate’s hall, referred to in the King James translation “The Hall of Judgment”. Pilate was called upon to adjudicate the case that had been brought against Christ but he was not anxious to do so. He appeared to have no spiritual interest in Christ and wanted the matter done away with. But there was a sense of ominous dread at the thought of condemning Jesus and so he tried to recuse himself from the case. Ultimately though, Pilate bowed to political pressure and condemned Jesus. At one point, he asked the religious leaders “what shall I do then with Jesus which is called Christ…?” That question reverberates down through the corridors of time and in our minds and consciences today. In today’s broadcast of Let the Bible Speak, we see that this ancient question is one you cannot escape, even today.